Airbus recently achieved a first for its H145M helicopter by test-launching a SPIKE ER2 (extended range) rocket during the “H-145M Firing Demo Days Romania” at the Cincu test site in Romania.

The milestone was announced by the Serbian defense ministry, whose armed forces also operate the H145M and were thus invited to the event.

According to footage from the event, the missile was fired from a German H145M.

The aim of the event was to review the effects of modern SPIKE ER2 anti-tank missiles, which have a range of between 10 and 16 kilometers.

Rafael, the Israeli company that builds the missile, describes it as a multi-platform missile, integrated on more than 40 different platforms throughout the world, from light wheeled vehicles through to tracked armored vehicles. The missile is already in use with 14 NATO, as well as a number of other countries.

The H145M is a light twin-engine helicopter, which is gaining popularity among defense forces due to their price-performance ratio as well as its multi-role capability.

The Serbian defense ministry noted that the event in Romania also shed light on plans for the integration of manned/unmanned teaming (MuM-T) technology on the helicopter, which would allow it to control other unmanned aircraft.

The production of an improved version of the helicopter for delivery to the Republic of Serbia is underway, with a new more modern rotor that enables improved maneuverability and higher payload, as well as the improved H-Force weapon system. 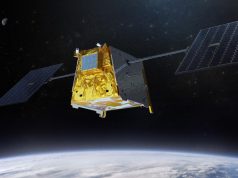 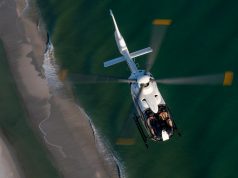