The planned acquisition is expected to expand Kongsberg’s space offering to include products and technology for the manufacturing small satellites.

NanoAvionics is a leading smallsat mission integrator and bus manufacturer with significant global growth in recent years, including expansions into the United Kingdom and the United States.

With more than 150 employees the company has contributed to 120 missions and commercial satellite projects, with customers ranging from national space agencies to universities such as UNSW Sydney and companies such as Thales Alenia Space, Aurora Insight, the Dubai Electricity & Water Authority, SEN and others.

“The agreement to acquire NanoAvionics represents a game changer for Kongsberg’s space ambitions. By acquiring NanoAvionics Kongsberg expands its portfolio to also have products and technology for designing and manufacturing small satellites. Kongsberg is the Nordic region’s largest industrial space company and a global leader in maritime surveillance. We have clear ambitions to grow further and with this acquisition we are taking the next step both for us and for Norwegian space industry,” says Geir Håøy, CEO of Kongsberg.

The parties have agreed upon an enterprise value of EUR 65 million, with the management and leadership structure of NanoAvionics under CEO Vytenis Buzas and CCO Linas Sargautis remaining unchanged.

“Joining forces with Kongsberg, one of the most respected names in the defense, maritime and space domain, further strengthens and broadens our position in the NewSpace sector and provides us access to new markets. It is the right timing and a perfect match for our companies to consolidate our expertise and create a world class space company which will be a leading prime contractor for small satellite missions,” says Vytenis J. Buzas, founder and CEO of NanoAvionics.

The two companies have complementary technology and positions in the space value chain. NanoAvionics is a leader in the smallsat segment as a mission integrator and bus manufacturer, whilst Kongsberg is already providing spacecraft subsystems, as well as supplying satellite ground stations for downloading and processing satellite data via Kongsberg Satellite Services.

The planned acquisition is in line with Kongsberg’s strategic priorities to grow in the space technology sector and Norway’s space ambitions. In April Kongsberg announced the procurement of three microsatellites from NanoAvionics as a first step of establishing Norway’s first satellite constellation.

“Norway is a leader in the domain of maritime surveillance in the high north. The planned acquisition incorporates world class small satellite technology into our portfolio enabling further advances in surveillance and other key strategic capacities. NanoAvionics, along with our existing space portfolio and the development of the Andøya Space Port means Norway now has leading positions across the entire value chain,” says Lie. 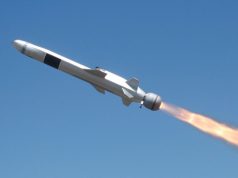