Taiwan’s defense ministry announced plans for the construction of an additional 10 missile-wielding Tuo Chiang corvettes, just a day after launching the third ship in the class.

The 10 corvettes would bring the total number of the ships in service to 22, compared to previous plans that called for the construction of a total of 12 vessels.

Taiwan commissioned the lead ship in the class, Tuo Chiang, as a prototype in 2014. The first serial production vessel, Ta Chiang, was launched in 2020, while the third units was named and launched on September 21 in a ceremony at the Lungteh shipyard.

The third unit in the class was named Fu Chiang.

The corvettes are equipped with Hsiung Feng anti-ship missiles, Sea Sword air defense systems, Phalanx close-in weapon system, and 76 mm guns. All of the weapons are fitted on a vessel displacing a little under 700 tons and measuring 60 meters in length.

Thanks to their catamaran design, the corvettes also boast a high speed of a stated 40 knots, and have a range of 1,800 nautical miles. 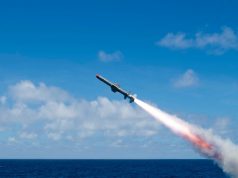 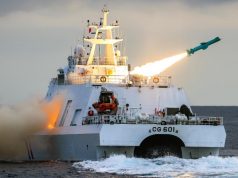 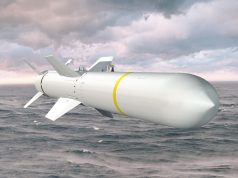 Boeing gets another $498M for Harpoon coastal defense systems for Taiwan