The Atlas will be the aircraft to deliver the military’s parachuting capability when the C-130J Hercules retires from the Royal Air Force service in 2023.

As part of the preparations for the transition to the Atlas, soldiers from Colchester-based 16 Air Assault Brigade Combat Team conducted jumps onto Salisbury Plain.

“This significant step is the result of a lot of hard work by the whole team and keeps the program on track to transfer low-level and high-altitude parachuting capability from C130J Hercules onto the Atlas next year.

“Adding both parachuting capabilities to the range of other tactical capabilities that are already in service such as the ability to air-drop supplies, air-to-air refueling, and landing on natural surfaces, puts the Atlas in a good position to take over from the Hercules in 2023.”

The trials have been planned and delivered by No. 206 Squadron, the RAF’s heavy aircraft test and evaluation squadron and the Joint Air Delivery Test and Evaluation Unit. RAF despatchers from the Parachute Test Team assisted the parachutists in the safe fitting and checking of equipment, conducting final checks prior to despatch, and ensuring the safe despatch of parachutists from the aircraft before recovering their static lines.

“It’s a great experience to get some jumps in and help develop the Atlas. It’s all been straightforward and familiar – the parachute and all of the procedures inside the plane are the same, and there’s more space in the Atlas which makes it easier with all the kit we jump with,” Bombardier Daniel Murray, of 7th Parachute Regiment Royal Horse Artillery, said.

“The speed and reach of deploying by air are the defining characteristics of air maneuver forces, and vital to the brigade’s role as the global response force. Across a wide range of strategic and tactical scenarios, parachuting retains significant relevance for contemporary operations through enabling us to hold the initiative,” Major Aden Philpott, airborne plans officer for Headquarters 16 Air Assault Brigade Combat Team, said.

“The Atlas has a key role to play in our future, offering a significant boost to our capabilities through its ability to carry more paratroopers over a greater distance.”

The UK defense ministry is retiring the 14 C-130J Hercules aircraft as outlined in its latest defense and security review. Originally expected to fly well into the 2030s, the defense ministry argued in 2021 that the retirement would make way for the A400M.

The Hercules is the RAF’s primary tactical transport aircraft and in its current C.Mk 4 and C.Mk 5 versions of the C-130J-30 and C-130J, respectively, has been the backbone of UK operational tactical mobility tasks since it was brought into service in 1999. 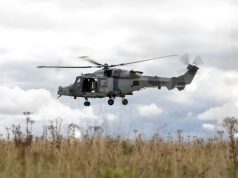 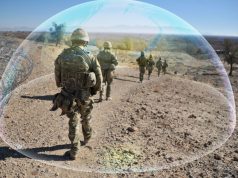