The Royal Air Force announced it has declared an initial operating capability (IOC) of its Poseidon P-8A maritime patrol aircraft.

The milestone was achieved after the UK welcomed the first submarine hunter to Scotland in February this year.

“We’ve just declared an initial operating capability for our Poseidon aircraft, on time on April 1, 2020,” Air Commodore Richard Barrow, Poseidon Senior Responsible Owner said. “It’s a really exciting time for us in this program, which is moving fast and the team at RAF Lossiemouth has delivered some great results in very quick time.”

Operated by 54 Squadron and 120 Squadron, who are currently flying from Kinloss Airfield in Moray, Scotland, the Poseidon will move to its permanent home at RAF Lossiemouth later this year once the refurbishment work on the runways and airfield infrastructure has been completed. A second Poseidon squadron, Number 201 Squadron, will also stand up later this year, according to the Royal Air Force.

The Royal Air Force has so far received two aircraft after placing an order for nine units in 2016. The country’s defense committee argued in 2018 that an additional seven aircraft should be ordered for the UK armed forces.

The aircraft is already in service with US Navy and the Australian and Indian Air Force. Norway, South Korea and New Zealand are also buying the aircraft. 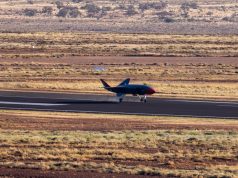 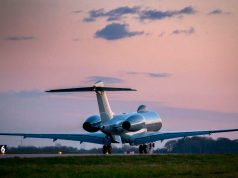