Missile systems specialist MBDA has been selected to lead the development of a new beyond line sight (BLOS) capability as part of EU’s PESCO project.

Development of the capability, LynkEUs, will be undertaken by 13 partners from five countries.

LynkEUs will be based on MBDA’s MMP (Missile Moyenne Portée) missile system for mounted and dismounted forces.

LynkEUs is the first technological and industrial contribution to the objectives of the Permanent Structured Cooperation (PESCO) BLOS capability project. The project was approved in November 2018 by the EU Defence Ministers.

Managed in close partnership with the French, Belgian and Cypriot armed forces, the project will seek to define an initial operational concept for a European BLOS capability. It will also provide an opportunity to identify and test emerging solutions of potential value for future upgrades to the capability. It will be eventually be validated by a test campaign.

The concepts and tests completed for the PESCO BLOS project will contribute to the development of a family of man-on-the loop BLOS missile systems with back image, based on the MMP medium range missile, and under full control of Europe’s defence industry.

Eric Béranger, MBDA CEO, said: “LynkEUs is the first cooperative project in the missile systems field leveraging on the new EU defence instruments, and the first EU defence R&D project to be coordinated by MBDA.”

The project could be eligible for the future European Defence Fund as early as 2021, MBDA said. 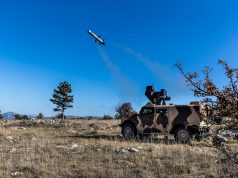 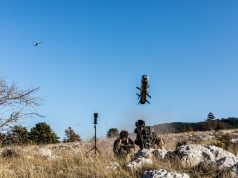