BLU-136, along with BLU-134, is part of the air force’s Next Generation Area Attack Weapon family. The bombs use cast ductile iron instead of steel, allowing for the fragmentation of the BLU-136 to be non-explosive, making it a less-hazardous alternative to cluster munitions. The munition currently used can leave unexploded bomblets that can be dangerous for civilians and often costly to remove.

The test took place between July 8 and 24, at the Nellis test and training range and consisted of seven missions flown by the 422nd Test and Evaluation Squadron. F-16 Fighting Falcons dropped ten BLU-136s during the evaluation.

“The operational tests were designed to gather data to determine the operational performance of the BLU-136, specifically in the areas of blast and fragmentation damage,” said Lt. Col. Daniel Lambert, 28th TES Global Strike division chief. “This data will help decision makers determine if the BLU-136 is a viable substitute for the Air Force’s fleet of cluster bombs.”

According to the air force, the tests proved that the design of the BLU-136 was effective in area denial and would be very effective against light vehicles, light structures, and personnel. They also showed that the BLU-136 is capable of inflicting fragmentation damage on the equipment and simulated personnel targets at distances in excess of 225 ft. away from the target.

“This was a very easy test because the weapon functioned exactly as it was supposed to,” said Lambert. “All ten BLU-136s dropped as they should and met or exceeded all expectations and requirements.”

The BLU-136 is a 2000-pound class bomb body with form factor and mass properties similar to the BLU-109. When combined with the joint direct attack munition tail kit, the BLU-136 is designated as the GBU-31v11.

This also means that the bombs will be able to use GPS-guidance and laser-guidance kits, thus acting as precision guided weapons.

The US Air Force started development of the bombs in 2014 and awarded two contracts to Faxon Machining and Major Tool & Machine for the delivery of 15,000 warhead cases for the BLU-136 by 2026. 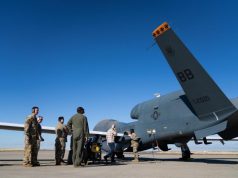 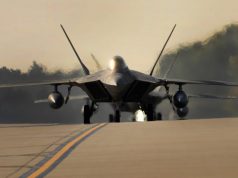