The program has been plagued by reliability and component delivery delay issues, according to a Australian National Audit Office report from late last year. At the time of the report publishing in December 2019, it was estimated that these issues would push the initial operational capability milestone by 12 months from December 2019 to December 2020.

Despite production and testing problems, Thales Australia said it was confident it can make up delays and deliver all vehicles by June 2023.

Hawkei is a 7-ton protected vehicle with a 3-ton payload. It will be delivered in five variants; troop movement, command and control, electronic warfare, liaison, surveillance and reconnaissance.

Earlier this year, the Australian government announced it is buying remote weapons stations from Electro Optic Systems (EOS) to equip its Hawkei and Bushmaster vehicles. Hawkei is capable of carrying the CEATAC radar that provides the army with short-range ground-based air defense capability .

“Approximately 50 vehicles per month will be manufactured out of the Thales Protected Vehicles facility in Bendigo until mid-2022,” Senator for Victoria, Sarah Henderson, said.

“The Hawkei’s production will sustain around 210 jobs in Thales’ workforce in Bendigo, and around 180 additional jobs nation-wide as part of Thales’s supply chain. 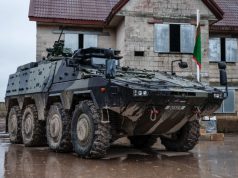 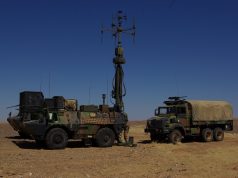 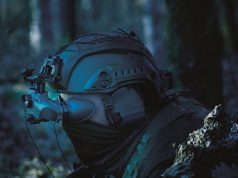