The contract award follows France’s successful tests of armed Reapers from the Niamey base in Niger in late 2019. The Reapers deployed guided bombs during three missions that started on December 15.

Announcing the success at the time, the country’s defense minister Florence Parly said the armed UAVs would increase the security of France’s deployed forces. It was noted that the armed drones were operational and already contributing to operation Barkhane.

France’s arming of Reapers comes after Parly announced in 2017 the intention to obtain an armed UAV capability for the country’s armed forces. It has been previously explained that the deployment of armed UAVs would be simply an additional capability and not a change in doctrine, as the rules of engagement for armed drones remain exactly the same as those for fighter jets.

The Reaper has an endurance of over 27 hours and a payload capacity of 1746 kilogram. Its exterior payload capacity is 1361 kilogram, which means that the UAV can carry up to four GBU-12 bombs.

The latest version of the Reaper, which will be delivered to France in the Block 5 standard by GA-ASI in 2020 and 2021, will have a full armament capacity. This will include GBU-12 bombs, Hellfire air-to-ground missiles and GBU-49 bombs. 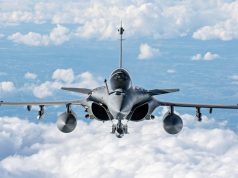 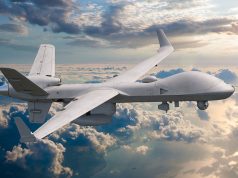