US Navy’s Nimitz-class aircraft carrier USS Theodore Roosevelt (CVN 71) is back at sea in preparation for a new deployment, just three months after it returned from a tour in Asia-Pacific.

“The ship just completed a maintenance period and the crew is ready to return to sea,” said Cmdr. Zachary Harry, Theodore Roosevelt’s chief engineering officer. “The improved material condition of the ship and the proficiency our sailors developed during last deployment is a recipe for continued success.”

During FRS CQ Theodore Roosevelt will qualify pilots from the “Flying Eagles” of Strike Fighter Squadron (VFA) 122 and the “Vikings” of Electronic Attack Squadron (VAQ) 129. The “Eightballers” of Helicopter Sea Combat Squadron (HSC) 8 are also embarked aboard the ship in support of carrier operations.

TR’s latest completed deployment was marked by a COVID-19 outbreak onboard in April that led to a political scandal and eventually, the resignation of the US Navy secretary. USS Theodore Roosevelt was forced to spend some two months in Guam, battling the outbreak, before continuing the deployment.

While the carrier is currently underway for carrier qualifications, the navy did not say when the ship would deploy again. The service has already disclosed it would deploy sister ship USS Dwight D. Eisenhower (CVN 69) again next year, just six months after it returned from a record-breaking deployment. Repeated deployments within the same readiness cycle are not something the navy does regularly.

In the past two years, the service has been testing a new model of deploying ships with the USS Harry S. Truman, called the called dynamic force employment. The navy says the concept is designed to allow the service “to be operationally unpredictable while remaining strategically predictable.” 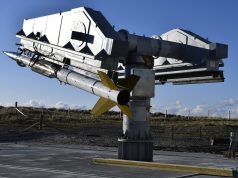 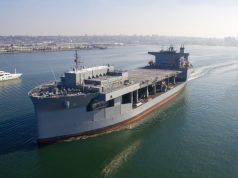 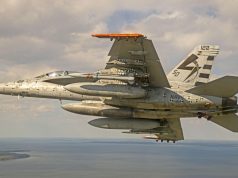