The US Army has awarded Oshkosh Defense a contract modification worth over $888.4 million for the delivery of additional joint light tactical vehicles (JLTVs) to all branches of the US military.

The contract modification exercises options for 2,679 vehicles, 1,001 trailers and 6,725 kits for the Army, Navy, Marine Corps and Air Force.

Oshkosh received the contract modification following several JLTV successes over the last year, which included the first vehicle delivery to Montenegro and a 322-unit order from Belgium. Announcing its selection of the JLTV as its new “commando and liaison vehicle” in September this year, Belgium became the fourth European customer for the vehicle.

Over the past 12 months, Oshkosh received close to $1.4 billion in contracts for JLTV deliveries to the US military and foreign customers. The company is expected to complete work under the latest modification by October 2022.

The JLTVs are air-transportable vehicles delivered in a multitude of versions ranging from general purpose to heavy guns carrier. The US Armed Forces are buying the JLTV as a replacement for the Humvee (High Mobility Multipurpose Wheeled Vehicle) that entered service in the 1980s. The acquisition is led the US Army, in collaboration with the US Marine Corps.

Since the production contract award in 2015, Oshkosh has integrated multiple weapons on the JLTV such as remote weapon systems up to 30mm, anti-tank missile systems, anti-aircraft missile systems, unmanned aerial vehicle (UAV) systems, and counter-UAV systems. 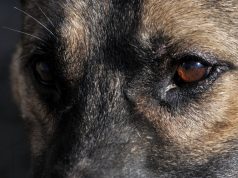