Two Canadian aerospace companies recently joined forces to offer a Canadian maritime patrol (MPA) and intelligence surveillance and reconnaissance (ISR) aircraft solution that would be based on the Dash 8 turboprop.

PAL Aerospace and De Havilland Canada signed a memorandum of understanding (MOU) in late February to jointly pursue the development of a fully missionized Dash 8-400 aircraft, called the Dash 8 P-4 for MPA, ISR, as well as other applications.

As revealed, the Dash 8 P-4 will receive modified with auxiliary fuel tanks for superior range, endurance, and time-on-station.

“PAL Aerospace is thrilled to work with De Havilland Canada on this important initiative for our company,” said Jake Trainor, CEO of PAL Aerospace. “The considerable cabin space, payload capacity, best-in-class airspeed profile and advantageous operating economics of the Dash 8-400 platform, combined with De Havilland Canada’s proud 92-year history of innovation and leadership in aircraft design and manufacturing, provide an ideal foundation from which to launch the Dash 8 P-4 program.”

The two companies said they entered the MOU as they believe there exists a significant global market for missionized turboprop aircraft, especially in the MPA and ISR market.

“We are excited to collaborate on this initiative and believe strongly that the Dash 8 P-4 will prove to be a market leading MPA and ISR solution while supporting highly skilled employment and the development of critical intellectual property here in Canada,” said David Curtis, executive chairman of Longview Aviation Capital, De Havilland Canada’s parent company. 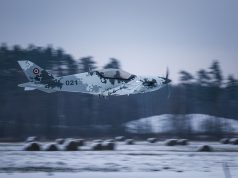 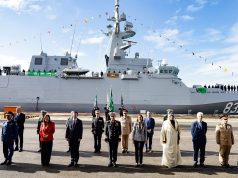