The first flight took place on March 8 at Lockheed Martin’s facility in Fort Worth, from where the fighter is scheduled to be officially handed over to Denmark on April 7.

The flight on Monday was the first of a total of four planned tests, which are undertaken by a test team from Lockheed Martin and the US Air Force. L-001 met all of the criteria of the first test, the Danish defense ministry said.

Following delivery next month, L-001 will fly to Luke Air Force Base in Arizona, where it will again be reviewed in detail by Danish technicians.

Denmark is buying 27 of the fifth-generation fighter jets, which are scheduled for delivery between 2021 and 2026. While it will be delivered to Denmark next month, L-001 will first arrive at Skrydstrup air base in 2023 as it will be used to train Danish pilots at Luke AFB, alongside up to five other Danish F-35s. 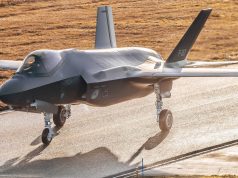 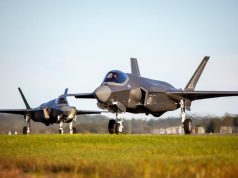 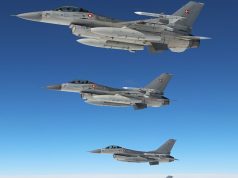