The ceremony for the launch of the first of four units was attended by the presidents of Pakistan and Turkey, Arif Alvi and Recep Tayyip Erdoğan.

All four ships in the class are currently under construction and are scheduled to be built and delivered by 2024, under a contract from July 2018.

Istanbul Naval Shipyard started construction of the lead MILGEM corvette for Pakistan in June 2020. Two of the ships in the class will be built in Turkey and two in Pakistan, by Karachi Shipyard and Engineering Works.

The design of Pakistan’s MILGEM ships is based on that of Ada-class corvettes built for the Turkish Navy. The corvettes measure 99.5 meters in length and employing the CODAG propulsion system. 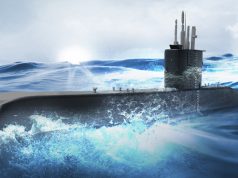 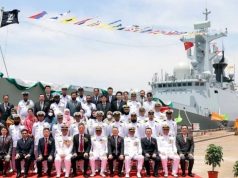 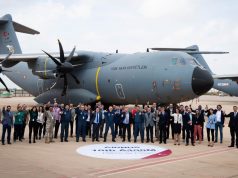