The UK defense ministry has awarded three contracts worth around £72.5 million (approx. $100M) for the development and fielding of new laser and radio frequency demonstrators as part of the Novel Weapons Programme (NWP).

DEWs are powered by electricity and operate without ammunition, significantly reducing operating costs, increasing platform endurance and providing unprecedented offensive and defensive flexibility to personnel on the frontline.

The first laser will undergo user testing onboard a Type 23 frigate by detecting, tracking, engaging and countering Unmanned Aerial Vehicles (UAV), whilst the Wolfhound will host a laser demonstrator that will investigate capability against UAV and other air threats.

The radio frequency demonstrator will also be used by the British Army, hosted on a MAN SV truck to detect and track a variety of air, land and sea targets.

User experimentations are expected to take place between 2023 and 2025, and focus on operation and maintenance of these new systems. The trials will provide information and experience to assess whether DEW can be embedded on other assets in the future.

The UK Defence Equipment and Support (DE&S) has formed a new team, dubbed Hersa, which will manage the delivery of the demonstrators.

“These technologies have the potential to revolutionize the future battlefield for our Armed Forces, enabling the prosecution of new targets in the land, sea and air domains and allowing commanders to meet mission objectives in new ways,” MOD director strategic programs, Shimon Fhima said.

“We must exploit at pace the cutting-edge technologies developed by the talented scientists and engineers across the UK to capitalize on its benefit.” 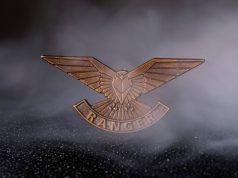