The Czech defense ministry has stopped the process of acquiring a new fleet of infantry fighting vehicles after none of the three offers submitted by the contenders met all tender requirements.

“The conclusion of the fifteen-member commission is unambiguous and unanimous – the offers of all three tenderers are not evaluable on the basis of the submitted answers / documents, because none of them meets all the requirements of the contracting authority,” the Czech defense ministry said on Friday.

The tender requirement was for the supply of 210 vehicles that will replace the Soviet era BVP IFV and complement the Austrian-built Pandur II vehicles currently in service. The contract value had been estimated at around $2.4 billion and was poised to become the largest purchase by Czech armed forces ever.

The defense ministry explained that the decision to stop the procedure was made after the commission “identified shortcomings related to missing or inaccurate data on the technical characteristics of the vehicles offered or incomplete information on cooperation with the Czech defense industry.”

One of the requirements in the tender stated that potential suppliers must work with Czech industry to ensure that at least 40 percent of the IFV program value is performed by local companies.

The defense ministry noted that the next step for the program is yet to be determined, adding that the contenders have been informed about the decision.

It should be noted that the decision was also made after the contenders supplied IFVs for trials in April this year. The Czech Army tested the Swedish-built CV90, GDELS’ Ascod, and Rheinmetall’s Lynx over a six-week period. 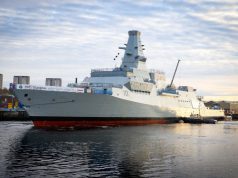 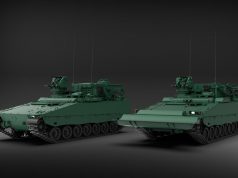