The program to deliver up to 1,000 wheeled combat vehicles (VCR) to the Spanish Army under the Dragón project has entered the construction phase with a steel cutting ceremony at the General Dynamics European Land Systems (GDELS) factory in Trubia.

Tess Defence, a consortium of GDELS and Santa Bárbara Sistemas, plans to invest 14 million euros in the modernization of the Trubia factory between 2020 and 2023, as part of the program.

The consortium is currently on contract to deliver 348 of the 8×8 vehicles, but the program is expected to grow to a total of approximately 1,000 vehicles.

Dragón VCR will replace the Pegaso 3560 BMR armored personnel carriers and Pegaso VEC-M1 reconnaissance vehicles that have been in service since the 1970s and 1980s, respectively.

The first series vehicles of the VCR 8×8 ‘Dragon’, intended to modernize the capabilities of the Spanish Army, are scheduled to be made available in the second half of 2022.

“The start of the production of a new vehicle is always an exciting project and even more so when, as in this case, it is carried out by the Ministry of Defense and the Spanish Army and in collaboration with the Spanish defense industry,” said Juan Escriña, managing director of GDELS-Santa Bárbara Sistemas, during the ceremony.

“The VCR 8×8 represents not only new capabilities and a better protection for our soldiers but also a very significant technological leap,” he added.

Of the total of 348 currently on order, 240 will be built in a so-called complete configuration and the remaining 108 in a “simple” configuration. All are based on the GDELS Piranha V design, with significant modifications that will result in the vehicle featuring 64 percent of local content.

Various variants of the vehicles are expected to be fitted with different remote weapon stations, such as the Leonardo’s Hitfist 30mm turret, or Escribano’s Guardian 30mm cannons. A number of the systems are expected to field Spike LR missile launchers.

According to the defense ministry, the 348 Dragons will include 219 infantry fighting vehicles, 58 reconnaissance vehicles, 49 sappers combat vehicles, and 14 command post vehicles. 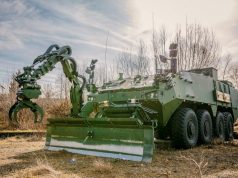 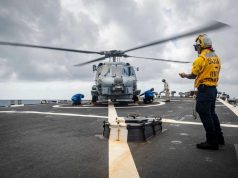 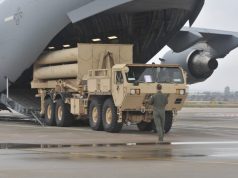