The deal is worth $3.1 billion, according to the defense ministry, which said on Friday that the procurement of these platforms was part of a wider program to strengthen the capabilities of the Israeli defense forces and preparedness to face current and developing threats.

The signed contract follows reports from last month, when the US reportedly told Israel it could not deliver the tankers, which were said to be crucial for Israel’s strike on Iran’s nuclear facilities, before 2024.

Brigadier-General Shimon Tsentsiper, the Israeli Air Force’s procurement chief, provided more specific details, telling local media on Thursday that the tankers would not be delivered before 2025. He also noted that the country was looking to eventually buy a total of four airframes.

Israel had reportedly vied for an accelerated delivery of the tankers after it was cleared to buy up to eight KC-46 in March 2020.

The purchase of the first two airframes has an estimated value of $1.1 billion, and will allow Israel to replace its Ram aircraft, which are former commercial airframes adapted for military aerial refueling and cargo missions.

The KC-46 multirole tanker is derived from Boeing’s commercial 767 airframe, and can refuel all allied and coalition military aircraft compatible with international aerial refueling procedures and can carry passengers, cargo and patients.

In addition to the US military, Boeing is also delivering the tankers to Japan.

The contract for the Lockheed Martin-built heavy-lift helicopters has an estimated value of $2 billion, with the company slated to deliver the airframes by 2026. The deal contains an option for Israel’s purchase of an additional six helicopters.

The CH-53K King Stallion is also being acquired by the US Marine Corps, which plans on buying 200 of the all-new heavy-lift helicopters.

By buying the King Stallion, Israel is securing the delivery of a successor for its fleet of CH-53D Yasur helicopters that will be reaching the end of their service life by 2025. 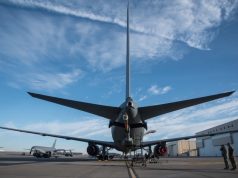 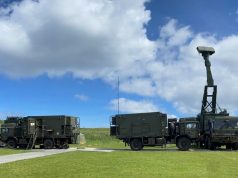 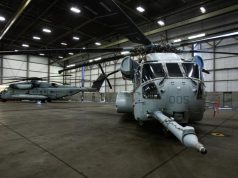