German Air Force Eurofighters will deploy to Romania under NATO’s enhanced Air Policing to conduct an interoperability mission with the Italian Air Force under the existing ‘plug & fight’ series during February and March.

As explained by NATO, within the concept of ‘Plug & Fight’ a small contingent of personnel and aircraft from one ally conducts operations with another ally by docking on existing structures, thereby further developing interoperability during a live deployment.

These operations have been executed between the German and British Air Forces before in Romania as well as during Baltic Air Policing in Lithuania and Estonia.

The planned cooperation between the Italian and German Air Forces will enable Eurofighter aircrew and support staffs from the two nations to work closely together to launch enhanced Air Policing missions.

The Italian and German QRA fighters will maintain the same reaction times and ensure 24/7 readiness for NATO, but the additional aircraft and personnel will offer extra resilience to the alliance.

The announcement on the deployment of German Eurofighters to Romania follows the arrival of US and Danish aircraft in Estonia and Lithuania, respectively, in support of similar missions. The allies are reinforcing military presence in the region amid a diplomatic, and potentially military, standoff with Russia, which is amassing troops and equipment on the border with Ukraine.

In response to the situation, the Dutch Air Force announced earlier this month it will be sending two 5th-generation F-35 fighters to Bulgaria in April and May to support NATO’s air policing activities in the Black Sea region. 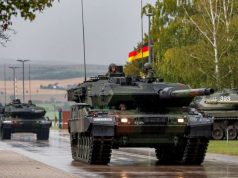 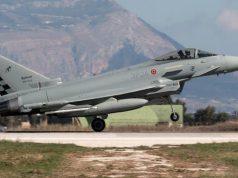