The US State Department has approved Belgium’s request to buy AIM-120C-8 Advanced Medium Range Air-to-Air Missiles (AMRAAM) for an estimated cost of $380 million.

Belgium intends to use the missiles on its F-16 and F-35 fighters, the first of which are scheduled for delivery next year.

It is worth noting that the sale approval does not mean a definitive deal has been concluded, and quantities and values stated in the notification to the US Congress are subject to change.

According to the US Defense Security Cooperation Agency (DSCA) announcement, Belgium will be able to buy incrementally up to 120 of the Raytheon-built AIM-120C-8 AMRAAMs and 10 AMRAAM C-8 guidance sections.

“This proposed sale will support the foreign policy and national security objectives of the United States by improving the security of a NATO Ally, which is an important force for political stability and economic progress in Europe,” the DSCA statement said.

“The proposed sale will improve Belgium’s capability to meet current and future threats by maintaining its F-16 and F-35 fleets in combat-ready status and providing a credible deterrent to regional threats.”

Belgium expressed its intent to buy AMRAAMs after the US State Department cleared a sustainment package for the Belgian Air Force’s fleet of F-16 fighters for an estimated cost of $127 million.

The Belgian Air Force was one of the first international customers of the F-16, having ordered a total of 160 F-16s. The country is now procuring 34 F-35 fighters that will eventually replace the F-16. 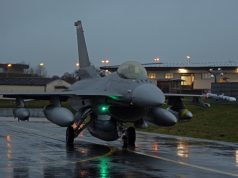