The December 31 handover ceremony took place after Keris, as the lead ship in the class is named, was launched in April 2019.

The first two LMS will be built and delivered in China in 2019 and 2020, while the other two vessels will be built in Malaysia by Boustead Naval Shipyard.

The second unit, LMS Sundang, was launched in July 2019 and is scheduled for delivery in April 2020.

The 68.8-meter vessels are part of the Malaysian Navy’s transformation plan that intends to bring down the number of ship classes operated by the navy from 15 to 5. In addition to the Keris-class LMS, the five new classes will incorporate Scorpène-class submarines, Maharaja Lela-class frigates, Kedah-class offshore patrol vessels and a Multi Role Support Ship. 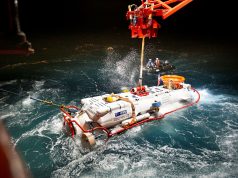 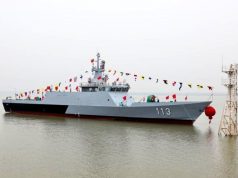