The Swiss defense procurement agency armasuisse announced on May 12 it is postponing the deadline for the submission of bids for the country’s programs to replace the F/A-18C Hornet fighter jets and Bodluv air-defense systems.

armasuisse said that interested companies will now have time until November 2020 to submit their offers, taking into consideration the effects of the COVID-19 pandemic that has slowed operations worldwide.

It was noted that this new date would have no effect on the further timetable for procurement.

In January 2020, armasuisse issued the second request for offers for new combat aircraft and for new ground-based air defense systems with longer ranges to the government departments of the manufacturers in question.

The requests for proposals for new combat aircraft were received from Germany (Airbus Eurofighter), France (Dassault Rafale) and the USA (Boeing F/A-18 Super Hornet and Lockheed-Martin F-35A) and for Bodluv GR systems from France (Eurosam SAMP/T) and the USA (Raytheon Patriot).

armasuisse earlier said it wants the proposals to include prices for extended-range ground-based defense systems capable of covering at least 15,000 km2, including logistics and weapons. The candidates are also required to clarify their systems’ capabilities of defeating ballistic missiles. Ideally, Swiss aviation company RUAG would be responsible for the maintenance, repair, and overhaul of the acquired system. 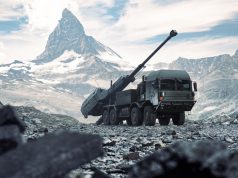 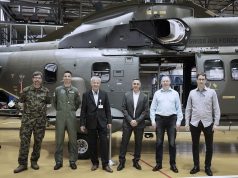