The US State Department has approved a possible foreign military sale of up to 16 Mark VI patrol boats to Ukraine for an estimated cost of $600 million.

The clearance does not mean that a sale has been made or that the deal will be concluded. The Defense Security Cooperation Agency (DSCA) notified Congress of this possible sale on June 17.

“The proposed sale will improve Ukraine’s capability to meet current and future threats by providing a modern, fast, short-range vessel. Ukraine will utilize the vessels to better defend its territorial waters and protect other maritime interests,” DSCA said in a statement.

The patrol boat clearance comes just days after the Pentagon announced it had set aside $250 million in fiscal year 2020 for additional training, equipment, and advisory efforts to Ukraine, as part of the Ukraine Security Assistance Initiative (USAI).

Additionally, the sale clearance was announced on the same day the US Embassy in Kyiv announced the delivery of Javelin anti-tank missiles, radios and ammunition to Ukraine, as part of a $60 million aid package.

The Mark VI patrol boats would complement Ukraine’s 23-meter Gyurza-M patrol boats, six of which are currently in service with the Ukraine Navy. A further 14 units are planned for construction.

Specifically designed to patrol riverine and littoral waters, the Mark VI patrol boats are already in service with the US Navy as part of the expeditionary combat command’s fleet of combatant craft. 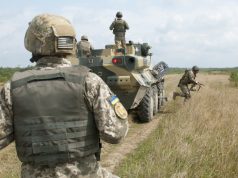 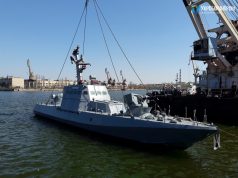 Ukrainian gun boat seized by Russia in 2018 returns to service 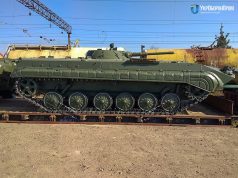