The Australian government is preparing to invest over $220 million in infrastructure upgrades at RAAF base Edinburgh, ahead of the arrival of first MC-55A Peregrine electronic warfare aircraft.

More specifically, the upgrades will include the construction of a hangar, maintenance facilities, and operational accommodation to support the intelligence, surveillance, reconnaissance and electronic warfare MC-55A Peregrine capability.

Australia is investing $2.46 billion into the purchase of four modified Gulfstream G550 aircraft. They will be delivered by L3 Technologies under a contract from 2019.

“The Peregrine will be integrated real-time into defense’s warfighting networks alongside other capabilities to enhance Australia’s situational awareness during both peacetime and conflict,” Minister Reynolds said.

The Peregrine will serve as a link between other Australian platforms such as the F-35A Joint Strike Fighter, E-7A Wedgetail, EA-18G Growler, Navy surface combatants and ground assets.

RAAF Base Edinburgh will also serve as the headquarters for the country’s unmanned Tritons and armed unmanned Reaper variant.

The Australian defense ministry announced Lendlease as the managing contractor to deliver the works to the base.

“Lendlease has committed to achieving a local participation rate of about 80 per cent, which is an outstanding result for the local defense industry.”

Lendlease will start site establishment activities, with construction anticipated to begin in late 2020 and be completed by 2025. 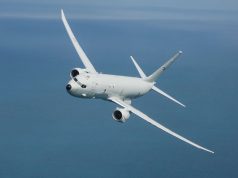 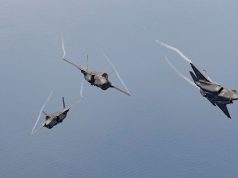