The final of seven US National Guard F-16 fighters that were damaged in the 2018 windstorm at Ahmad al-Jaber Air Base, Kuwait, has been repaired.

Minnesota National Guard noted, however, that the last F-16 will receive hundreds of hours of maintenance before being declared fully mission capable.

The 148th flies the Block 50CM Fighting Falcon, the newest and most capable F-16 in the US Air Force fleet. The specialized aircraft provides Suppression and Destruction of Enemy Air Defense (SEAD/DEAD).

Sunshades are industrial-strength steel frames engineered covered with rip-resistant fabric for wind and snow loads. They are commonly used on military bases with hot climates to protect aircraft or equipment and decrease temperatures for personnel working on equipment.

The winds caused the worst battle damage an Air Force or Air National Guard unit had received since 1991 according to the mobile depot field team who assisted after the storm. “It looked like a bomb went off,” said Chief Master Sgt. Ryan Gigliotti, Equipment Maintenance Flight Chief who served as the daytime Production Supervisor on the deployment. In addition to seeing the sunshades on top of the jets, with steel pipes puncturing several jets in varying locations, “there were centerline tanks and equipment strewn across the ramp from the winds.”

A small group of specialized maintenance personnel along with Civil Engineers from the 407th Air Expeditionary Group spent much of the morning after the storm assessing damage and formulating a plan to remove the wreckage.

A crash recovery team, consisting of aircraft maintenance personnel and civil engineers, was then formed to untangle and remove the collapsed sunshades from the aircraft. Civil engineers used large cranes to help support the weight of the structures while technicians sawed the steel frame as weapons load crews simultaneously de-armed aircraft. The untangling of structures from the F-16s took a week.

While damaged jets and sunshades were being untangled, additional aircraft maintenance personnel worked on removing substantial amounts of sand and debris from F-16s that were not severely damaged to get ready for flying combat missions in support of US Central Command taskings.

Ultimately, three F-16s were considered destroyed and palletized for shipment to the 309th Aerospace Maintenance and Regeneration Group (AMARG) at Davis-Monthan Air Force Base, Arizona. AMARG is a specialized facility operated by Air Force Material Command. It provides critical aerospace maintenance and regeneration capabilities, also known a depot-level maintenance, for warfighters, such as the battled damaged F-16s assigned to the 148th Fighter Wing.

While at AMARG, the three F-16s received extensive sheet metal repairs and replacement, engineering and design as identified by both 148th personnel and the mobile depot field team. This work was completed by sheet metal technicians, aircraft electricians, avionics technicians and an airframe, powerplant general (APG) according to David Sepulveda, the Special Projects Flight Chief at AMARG.

The third and final F16, aircraft 339, returned from AMARG this month. The other F-16s were returned to the 148th in October 2019 and January 2020. “It feels good to have closure with 339 on the ramp,” said Col. Robert Troy, 148th Maintenance Group Commander. “I think it’s even more meaningful for the men and women who put the work into taking the aircraft apart, putting it into a crate to ship home. Many, I doubt, expected to see it fly again. After 960-days, I feel like our fleet is whole again,” added Troy.

During the 2018 deployment, the 179th flew 682 combat sorties for 3,899 hours resulting in 61 intercepts of Russian, Iranian and Syrian aircraft. The 179th was handpicked to perform maritime escort for a Marine Corp Carrier Group through the highly contested Straits of Hormuz. 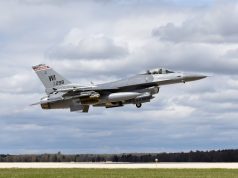 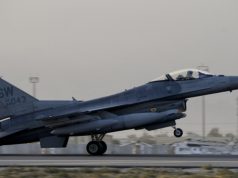