The US Air Force Research Laboratory has shared a new video animation that realistically illustrates how the THOR (Tactical High-power Operational Responder) counter-unmanned aerial system (c-UAS) works to destroy swarms of enemy drones in a base defense scenario.

The Air Force developed THOR in an effort to counter the increasing threat posed by enemy drones and other airborne threats.

THOR is a prototype directed energy (DE) weapon used to disable the electronics in drones, and was specifically engineered to counter multiple targets – such as a drone swarm – with rapid results.

High energy lasers kill one target at a time, and high powered microwaves can kill groups or swarms, which is one reason that THOR offers a unique capability.

“The system output is powerful radio wave bursts, which offer a greater engagement range than bullets or nets, and its effects are silent and instantaneous,” said THOR program manager Amber Anderson.

Anderson went on to explain that THOR is housed in a 20-foot shipping unit, can be transported in a military cargo plane, and assembled by just two people.

“Drones represent an emerging threat to US military bases, personnel and infrastructure, and it is THOR’s mission to keep them safe, at close range and from a distance,” Anderson said. 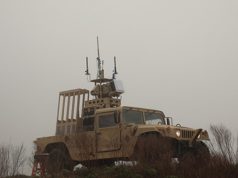 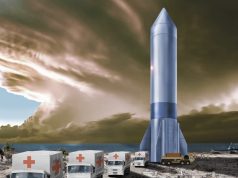 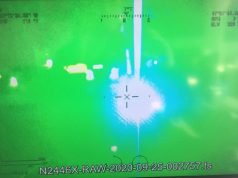