The F-35A was selected over three other options, the French Rafael, the German Eurofighter proposal and the US F/A-18 Super Hornet proposal from Boeing.

Switzerland’s choice of F-35A breaks up a streak of Dassault Aviation’s successes with the Rafale, which was picked as a fighter of choice by Croatia and Greece this year.

In addition to the choice of the F-35A, the Swiss defense ministry has also selected a successor for its Bodluv longer-range ground-based air defense (GBAD) systems. The selected system is Raytheon’s Patriot. Raytheon has already revealed its plans to work with Rheinmetall Air Defence and Radar Systems, and Mercury Systems to provide the Patriot as part of Switzerland’s initiative to modernize the protection of its airspace.

According to a Swiss government announcement, an evaluation determined that these two systems offered the highest overall benefit at the lowest overall cost.

The Air Force’s current equipment will reach the end of its service life in 2030. In the referendum on 27 September 2020, a planning decision was adopted which set a budget cap of CHF 6 billion for the procurement of new fighter aircraft. In addition, CHF 2 billion will go towards a longer-range GBAD system.

All the candidates met the requirements set for the evaluation, the Swiss government said. For both the fighter aircraft and the longer-range GBAD system, the candidate promising the highest benefit was also the one priced the lowest. In the case of the fighter aircraft, this candidate is the F-35A. With 336 points, it showed the highest overall benefit and was the clear winner with a lead of 95 points or more over the other candidates. This aircraft scored best in three of the four main criteria evaluated.

In terms of effectiveness, the F-35A achieved the best result because it has a marked technological advantage over the other candidates.

What is more, the F-35A is the only aircraft that has been designed from the ground up to be especially difficult for other weapons systems to detect. The resulting high survivability is a great advantage for the Swiss Air Force.

In addition, because the F-35A is comparatively easy to operate and is able to provide information superiority, it requires less training and has a better ratio of flight to simulator hours. Because of this, the F-35A requires about 20 percent fewer flight hours than other candidates, and about 50 percent fewer take-offs and landings than the air force’s current jet aircraft, which the F-35A will be replacing.

The Swiss government announcement noted that the F-35A was also the best performer in terms of cooperation, offering extensive opportunities for operational collaboration and broad access to data and technical resources.

“We are honored to be selected by Switzerland and look forward to partnering with the Swiss government, public, air force and industry to deliver and sustain the F-35 aircraft,” said Bridget Lauderdale, Lockheed Martin’s vice president and general manager of the F-35 program. “With the selection, Switzerland will become the 15th nation to join the F-35 program of record, joining several European nations in further strengthening global airpower and security.” 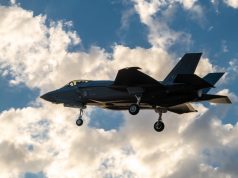 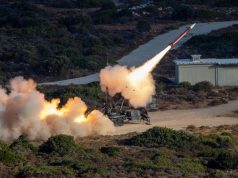