Russian shipbuilders laid down six new warships on the opening day of the Army-2021 defense exhibition taking place in the Patriot park near Moscow.

The ceremony, which marked the official start of construction of the ships, was attended by Russian president Vladimir Putin via videoconference.

At JSC Sevmash (Severodvinsk), two Project 955A Borei-A nuclear-powered cruise missile submarines were laid down. Dmitry Donskoy and Prince Potemkin are the ninth and tenth submarines in their class and were ordered in 2020. Unlike the other boats in the class that carry Bulava submarine-launched ballistic missiles, these two will field cruise missiles similarly to the US Navy’s Ohio class of SSBNs that has seen four boats converted to SSGNs.

“In the coming years you will have to do serious work to implement the tasks of the state defense order, to fulfill the plans outlined in the state armament program, so that in six years, in 2027, the share of modern ships in the Navy reached 70 percent,” Vladimir Putin said during the ceremony.

“I am sure that shipbuilders and naval sailors will continue to fulfill their assigned tasks with dignity and will make every effort to ensure that our Navy is replenished with modern ships, and that Russia will continue to be one of the leading maritime powers.”

This is not the first time Russia has staged a multiple coin-laying ceremony. In July 2020, the country laid keels for two Yasen-class submarines and two Gorshkov-class frigates in a single day. 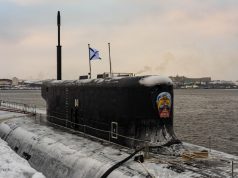 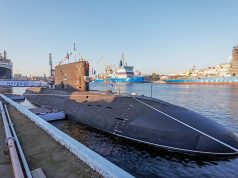 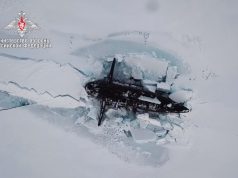