The ceremony saw the second of two tankers, bought from Martinair and converted into multifunctional transport and tanker aircraft in 1995, fly over military locations in the Netherlands one last time.

Over the 26 years of service, the tankers were deployed worldwide by the air force for the transport of troops, equipment, relief supplies, and for evacuations, in addition to refueling fighter aircraft in the air.

The two tankers, named Jan Scheffer and Prins Bernhard, are continuing to fly under the flag of private refueling services provider Omega Air. The company received the first KDC-10 in November 2019, while the second is scheduled to fly to Texas, United States, by the end of October. The former Dutch aircraft are the company’s first boom-equipped tankers.

In a press release from July this year, Omega Air said it would begin to offer a boom tanker capability in September 2021. The latest contract with the US Navy will see the company provide the US Navy and Marine Corps with training such as receiver initial qualifications, recurring pilot refresher readiness training and fleet exercises, as well as cross-country and transoceanic drag flights.

Transition to A330 MRTT

Now that it has retired the two KDC-10s, the Netherlands has no refueling aircraft in its inventory. Instead, it is relying on the shared fleet of nine Airbus A330 Multi Role Tanker Transport aircraft owned by the NATO Multinational MRTT Fleet (MMF) and based in Eindhoven, the Netherlands.

The MMF fleet will also operate from a second location in Cologne, Germany, providing refueling and transport services to Belgium, the Czech Republic, Germany, Luxembourg, The Netherlands and Norway.

Airbus delivered the first two planes in 2020, while all deliveries are to be completed by 2024. Netherlands will have access to 2,000 flight hours a year. 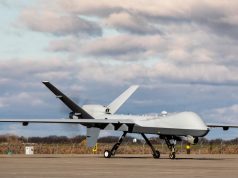 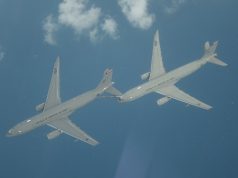 Airbus completes development of automatic refueling system for A330 MRTT 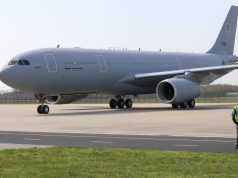