The first launchers for Poland’s new short short-range air defense (SHORAD) system, referred to as “Mała Narew” in Polish, have arrived in the country.

Polish defense major PGZ and its subsidiaries, PIT-RADWAR, JELCZ and WZU, worked with MBDA to have the first two Polish iLaunchers of the system in Poland for integration and trials ahead of delivery to the customer.

Poland had initially been set to receive first Narew systems in 2027, but brought their delivery forward, prompted by Russia’s invasion of Ukraine. According to a Polish defense ministry statement from April this year, the first CAMM-based system was scheduled for delivery this month. The second fire module would be delivered “at the turn of 2022 and 2023.”

The Mała Narew units are being adapted to work within one SHORAD class solution. Functional integration of the radar stations, C2 systems and CAMM missile fire control software is going hand-in-hand with the physical integration of subsequent iLauncher with JELCZ trucks chassis.

The first training sessions for operators of iLauncher and Polish components of the Mała Narew system has already been conducted, according to MBDA.

The Narew program, in addition to the fire units themselves, also includes a training and logistics package. Under the project, PGZ and MBDA are conducting integration of selected British and Polish elements of air defense systems.

“We’re proud that the co-operation between MBDA and PGZ achieved the arrival of the first air defense hardware into Poland in an incredibly short timeframe. The successes of the Mała Narew project are a very positive indicator for the success of PGZ-MBDA co-operation on the wider NAREW project that will include extensive transfer of technology and knowledge to Poland on missiles and launchers,” Chris Allam, managing director of MBDA UK, said.

In addition to the Narew SHORAD, Poland is also boosting its medium-range air and missile defenses with the acquisition of US-built Patriot systems as part of the Wisla program.

Poland’s defense minister Mariusz Błaszczak said earlier this year that the country’s decisions on investments in air-defense systems drew on “lessons learned” from the Russian invasion of Ukraine. 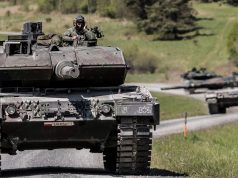 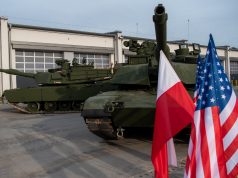 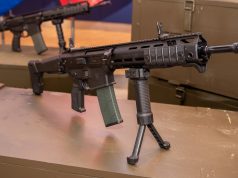