The US Defense Advanced Research Projects Agency (DARPA) has tested two of its “mosaic warfare” technologies during the recent Air Force demonstration of the Advanced Battle Management System (ABMS).

ACK is developing a decision aid for mission commanders to assist them with rapidly identifying and selecting options for tasking – and re-tasking – assets within and across organizational boundaries.

Specifically, ACK assists users with selecting sensors, effectors, and support elements across military domains (space, air, land, surface, subsurface, and cyber) that span the different military services to deliver desired effects on targets. Instead of limited, monolithic, pre-defined kill chains, these more disaggregated forces can be used to formulate adaptive “kill webs” based on all of the options available.

ACK was used in an air defense scenario during the ABMS demonstration, where an air commander faced incoming aerial threats and needed to quickly decide the best way to counter them.

The machine-to-machine communications to enable this distributed fire control was performed by the STITCHES integration toolchain. STITCHES is a software-only and fully government owned (non-proprietary) toolchain specifically designed to rapidly integrate heterogeneous systems across any domain by auto-generating extremely low latency and high throughput middleware between systems without needing to upgrade hardware or breaking into existing system software. The toolchain does not force a common interface standard; rather it rapidly creates the needed connections based on existing fielded capabilities obviating the need to upgrade in order to interoperate.

“The DoD is acquiring more and more advanced electronic equipment each year which solve problems unique to our mission,” said Lt. Col. Jimmy “Reverend” Jones, SoSITE program manager. “These new systems need to work with systems deployed more than 40 years ago. STITCHES brings force composability directly to the warfighter by allowing data to be shared without system upgrades.”

In addition to the ACK and STITCHES technologies, DARPA security and information system staff were able to rapidly accredit and host ACK, STITCHES, and other ABMS software on a secure DARPA network in a matter of days, significantly contributing to the overall demonstration success.

“We were extremely pleased to demonstrate two of many advanced technologies we’re developing under our Mosaic Warfare strategy, which is focused on providing fast, scalable, adaptive joint multi-domain lethality,” said Tim Grayson, director of DARPA’s Strategic Technology Office (STO). “We look forward to continuing to develop and test capabilities that will further enable ABMS.” 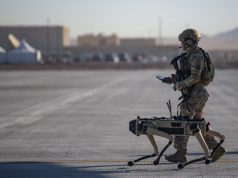 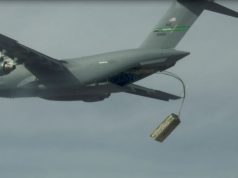 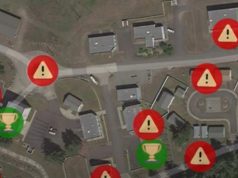